The Ministry of Education and Sports launched the National Sexuality Education Framework at Kampala Parents’ School. The Framework is Uganda’s first ever guideline on sexuality education which seeks to create and overarching national direction for response in respect to sexuality education in the formal setting of educating young people in Uganda.

To date, young Ugandans are continuously exposed to sexual and reproductive health challenges, such as high cases of early marriages, teenage pregnancy, sexually transmitted diseases including HIV/AIDS, and sexual and gender-based violence.

In the last decades, sexuality education has been a controversial issue in Uganda, often portraying inaccurate information about sexuality through mass media outlets and traditional beliefs. The development of the National guideline, therefore, is a blueprint in guiding teaching of age appropriate and cultural and religious sensitive sexuality education in schools.

“The Framework will guide on sexuality education for Uganda’s youthful population. It is important to note every young person will one day have life-changing decisions to make about their sexual and reproductive health,” said Ms. Rosa Malango, the UN Resident Coordinator in Uganda.

During the launch event, First Lady and Minister of Education and Sports Hon. Janet Museveni stated that “We owe our children a holistic education that goes beyond academic, but empowers children with life skills, values and builds character.”

The Education minister, Ms. Janet Museveni also said that the government has formulated the National Sexuality Education framework which will now guide the teaching of sexuality education in institutions of learning

The National Sexuality Education Framework will promote and facilitate the development and delivery of sexuality education programmes in the educational system in Uganda that will go a long way in promoting the achievement of the Sustainable Development Goals and Uganda Vision 2040.

Ms Patricia Rutiba, a mother of three, said she is comfortable as a parent to be the one to introduce sexuality education to her three -year-old child.

Representing the Inter-Religious Council, Rev Can William Ongeng, the Church of Uganda Provincial Secretary, appealed to government to work hand in hand with religious bodies in developing the material and implementing the framework so that the country’s values are recognized.

“We support the framework but it must be guided. Nobody should do it with selfish motives. It should be done with guidance from parents as well. The teaching must be guided by the religious faith to see that each child is helped,” Rev Ongeng said.

Ms Museveni said teachers would be trained on the new policy

With the framework now in place, the messages have been grouped into five categories.

The early childhood group between the ages of three to five will be introduced to knowing themselves, recognize forms of unacceptable body touch to develop self- awareness and refusal skills.

The lower primary level has children between six to nine years and will learn and discover their talents, understand unacceptable body touch and appreciate the changes in male and female body during puberty.

Upper primary with pupils aged between 10 and 12 year are expected to be able to define purpose of one’s life, maintain personal hygiene and commit to sexual abstinence.

The fourth group looks at lower secondary with students of 13 to 16 years. Here, the document proposes that a child should be able to cope with risky behavioral vulnerability during puberty and be able to identify where and when to seek appropriate reproductive health services.

The last group has considered those children who are 17 years old and above.

The emphasis in the framework is put on the role of gender and power in relationships, how to apply personal values, commit to pre-marital abstinence and marital faithfulness and to be able to appreciate the role of strong marriages and families in national development. 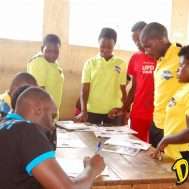 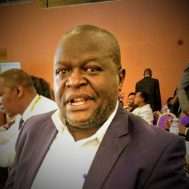 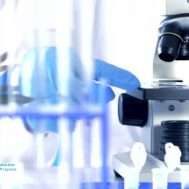