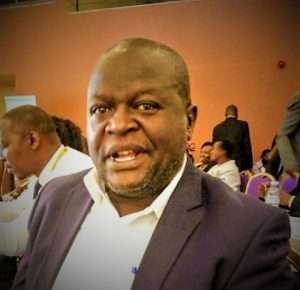 Reproductive Health Uganda recently had a brief chat with the Resident District Commissioner (RDC) of Koboko District, Yahaya Kakooza, about his decision to have a vasectomy. This is what he had to say:

I have seven children, three girls and four boys. I started with three girls and I felt that I also should have boys. I noticed each time that the number was increasing yet salary and other ways of survival remained static. After thinking through it, I decided that it was time I had a vasectomy, which I did in 2007. Before I did that, I had to remind myself that I was responsible for a pregnancy and that it was not just the mother.

Before I did it, I understood what it actually means and I was re-assured that my function as a man would not be harmed. Indeed, let me tell you, all my body is okay! I function very well and my family is happy! I wake up feeling well, I sleep well and nothing about my being a man has changed. I am doing just fine!

I don’t want to look like I am attacking any faith, I am myself a Muslim, but in our faith we believe that every child comes with his or her own lack. Remember, it is lack through you the father. There is no ‘Lack Primary School’, or ‘God Primary School’, or ‘God Health Center III or IV’. At the end of the day, it is you and the pocket. In the districts we work in, the forests are finished, the rivers are running dry, and everything is under pressure!

The only way to go is to reduce on the population; Koboko was about approximately 50.000 people in 2010, we are now about to reach 250.000 people. Sadly, the land size is the same, the rivers are the same, and everything is still the same yet the population living off them is growing in wild numbers.

I decided to do this to maintain a family that I can look after. You can’t say that you are working to achieve a goal and yet the goal is shifting! You need to fix the goal in order to plan. So I urge everyone, especially men who keep impregnating women and running away, to know that the women have done their role, let the men also do theirs.

A vasectomy is a minor surgery to block sperm from reaching the semen that is ejaculated from the male organ (penis). Semen still exists, but it has no sperm in it. After a vasectomy the testes still make sperm, but they are soaked up by the body. So you will continue to physically function normally without getting a woman pregnant. Reach out to any of our clinics near you for more information about the procedure.